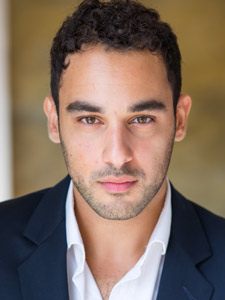 Alumnus Chervine Namani appeared on the series premiere of the The Whispers, a series produced by Steven Spielberg on ABC. Chervine played the role of Dr. Winston. Chervine has also appeared on NCIS:LA, Legends, and Criminal Minds; and in the short film, For the Birds; and in the award-winning short, Red Poppies which includes other Stella Adler alumni actors and director.