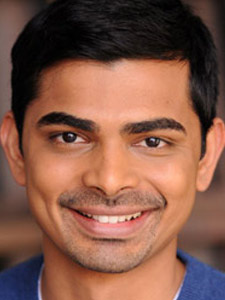 Alumnus Piyush Deshmukh plays an Indian mathematician in the film, Dr. Elevator, and was nominated for Best Actor at Back in the Box Film Festival. Other Stella alumni in the cast include Maia Nikiphoroff, Francis Cronin, Matt Klarie & Bo Day. The film was officially selected in over 30 film festivals, receiving 14 nominations and wining best short film award at 2 film festivals.