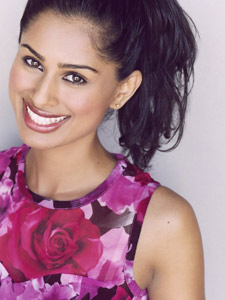 Alumna Rima Rajan appeared as a guest star in the first two episodes of the 15th season of Grey’s Anatomy. She was also a recurring guest in the role of Nikki Bashir in the second season of ABC’s popular show, American Crime. Rima’s past credits include an appearance on the TNT show, Major Crimes. Rima was the lead guest star on the episode “Do Not Disturb.”