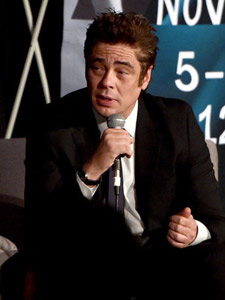 At AFI Fest in Hollywood, CA, alumnus Benicio Del Toro explained that his first “real” acting break came when he auditioned for and received a scholarship to the Stella Adler Academy of Acting and Theatre. He explained that there was a “seriousness for the craft” at Stella Adler Academy of Acting and Theatre in Los Angeles and a sense of pride in being an actor.

Benicio is best known for his roles in Unusual Suspects, Traffic (won Oscar for Best Actor in a Supporting Role), Che and Star Wars: Episode VIII. He also stars in the Showtime series Escape at Dannemora.