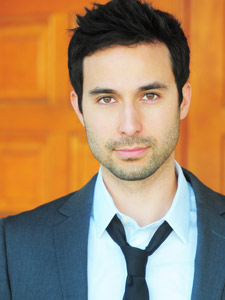 David also guest starred in an episode of NCIS in 2016 and co-starred on the TNT show, Legends in 2014. David also wrote, produced (alongside Jon Paul Burkhart), and starred in (alongside Gabrielle Christian) a film called, A 2nd Opinion. It competed at Cannes and is produced under David’s company, Delco-Cut Productions.