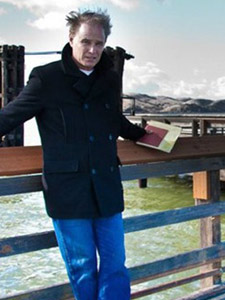 The film, The Black Tulip, was Afghanistan’s official entry for the 2011 Academy Awards. It was written by alumnus David Michael O’Neill. The film was also featured at Cinequest Film Festival 2012. A film festival held each year in San Jose featuring independent films from around the globe. His latest work is Stand at Paxton County, a film he wrote and acts in.