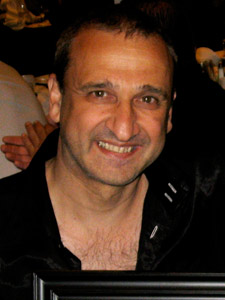 Alumnus Stan Harrington was awarded Best Score and Best Supporting Actor (Stan Harrington) for his film Lost Angels at the 2015 NOVA International Film Festival. The film was nominated for 6 awards overall. Over 50 staff, students and alum made up the bulk of the cast which was written, produced and directed by Adler alums.