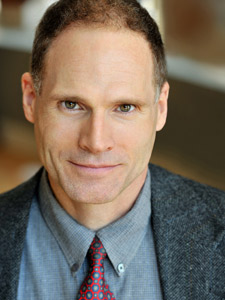 Timothy Craig studied acting and script analysis personally with Stella Adler through the NYU Undergraduate Drama Program in New York City for three years and headed her conservatory voice and speech program for an additional six. His professional acting credits include roles in regional and summer stock theater, Off- and Off-Off-Broadway, industrials and many national, network commercials.

It was also during this time that he studied acting and directing for two years with Evgeny Lanskoy, a master teacher and recent émigré from the Soviet Union, and learned the revolutionary, model-based updating of the Stanislavski System of Acting.

Mr. Craig left New York City to attend USC’s Graduate School of Cinema in Los Angeles and formed Cairn Productions, a successful partnership for producing and directing independent films, videos, commercials, industrials, and music videos. Most recently, he directed, shot and edited Take 22, a program of 22 video scenes for students of Edgemar Center for the Arts in Santa Monica.

A published and produced playwright and screenwriter, his play, Oregon Dawn, was a finalist for the Oregon Book Award for Drama. His most recent play, Count, was presented at the National Math Conference in Portland, Oregon.

Mr. Craig is a member of SAG, AFTRA, AEA, and the Dramatists Guild of America.