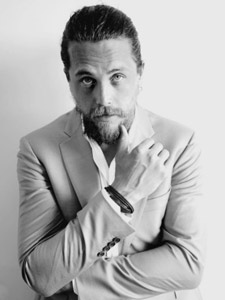 In addition, he recently finished the TNT drama series, Animal Kingdom, and had a part in the feature film Emperor. Past work includes the History Channel series, Vikings, and the feature film, The Boy.