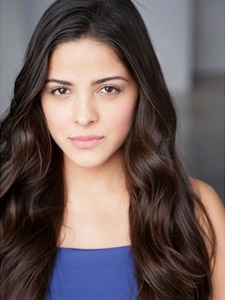 Alumna Lorena McGregor played the role of Sylvia Chavez, the daughter of Cesar Chavez, in the film, Cesar Chavez. Lorena also had a recurring role in the first season of The Bridge on FX. She also appeared in an episode of NCIS: Los Angeles and the film Don Quixote: The Ingenious Gentleman of La Mancha.