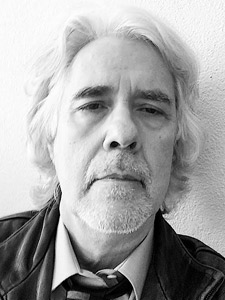 Robert Sprayberry; a post-graduate in music composition and conducting from The Guildhall School of Music & Drama in London, England has worked in Theater, modern dance, Film and TV for years. While studying overseas he spent time in Paris, France where he studied composition with the renowned Nadia Boulanger. Robert has written original scores for over 50 theatrical productions worldwide. In musical theater Robert was the musical director/conductor of the west coast premier of the Tony Award winning RENT with Neil Patrick Harris. After that tour Robert joined the National Tour of Elton John’s AIDA; then the Gazelle National Tour of THE LION KING followed by the stage adaptation of HIGH SCHOOL MUSICAL for Disney Theatrical. Coming full circle he was most recently the associate touring Conductor for the National and International tour of RENT – “The Broadway Tour” featuring many of the original cast members including Adam Pascal, Anthony Rapp and Gwen Stewart.

He has also toured and performed with various artists including Rupert Holmes (musical director and piano), Chaka Kahn (keyboard 1, piano), Sam Moore (mutli-keyboards), Patty Smythe (keyboards) and Eddie Fisher (musical director and conductor). In 1998 Robert received the Dramalogue Award for musical direction for the west coast premier of RENT and the Richard Rodgers Award from the American Academy of Arts and Letters for his stage musical adaptation of THEY SHOOT HORSES, DON’T THEY? (music & additional lyrics) which received it’s world premier at the Denver Center Theater and subsequent NYC production at The Manhattan Theater Club. In television Robert has composed for the TV series THE INVISIBLE MAN, RED DWARF, MYSTERIES FROM BEYOND THE OTHER DOMINION and REMEMBER WENN. In Film he has scored various films from QUICK with Teri Polo to BODILY HARM with Linda Fiorentino. He has served as Composer-in-Residence for The American Dance Festival and received numerous nominations for BESSIE AWARDS, the modem dance equivalent of the TONY.