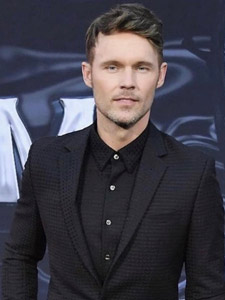 Scott can currently be seen in Lee Isaac Chung’s Oscar-nominated film, Minari, and recently wrapped on the indie film Old Henry, in which he stars opposite Timothy Blake Nelson. He’ll next be seen alongside Chris Pratt in Universal’s Jurassic World: Dominion as well as in the Scott Cooper-directed horror, Antlers.